Sharon Escue of Battletown, Kentucky was ready to begin restoring her historic home, and wanted to begin with the roof. The home is listed as a Kentucky Landmark because of its historical significance, having served as a general store and a post office in Meade County. The home has been in Sharon’s family for generations and she gave me this picture of her grandfather in front of it. 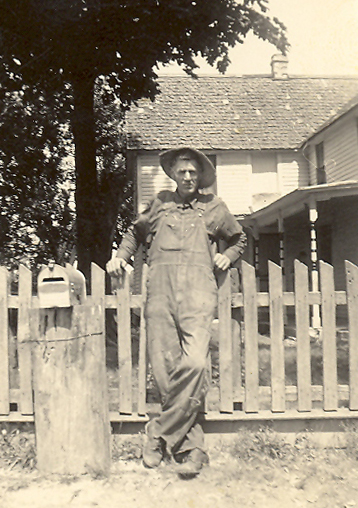 At the time she was ready to begin restoring it, the home had a galvanized steel roof on it, some 50 years old at least. It had minor rust and some holes in it. But the framing of the home was superb, with rafters big and strong enough to support any roof. 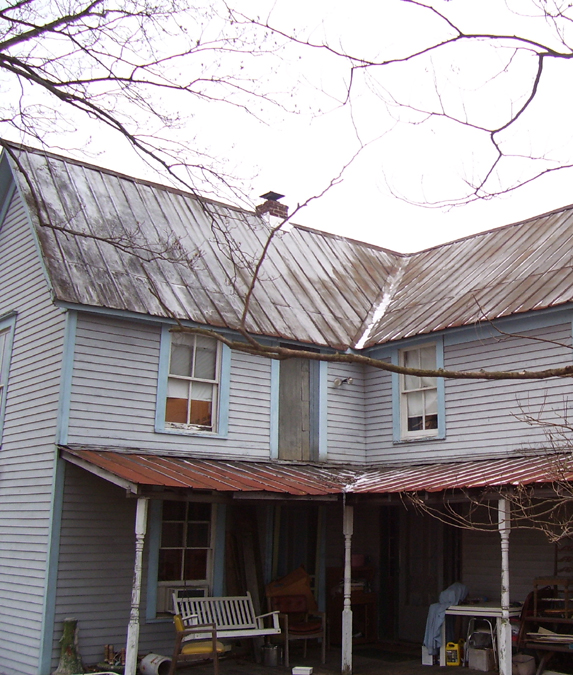 We removed the existing metal and installed new decking (over the open rafters). Sharon had originally preferred the heavy shake look of Rustic Shingle, but the Kentucky Heritage Council recommended that our Oxford Shingle more closely resembles the thin, machine-split wood shingles of the original farmhouse. Sharon went along with that recommendation and we installed Oxford Shingle on the Battletown Kentucky home with some ClickLock Standing Seam on the low-pitch front porch. 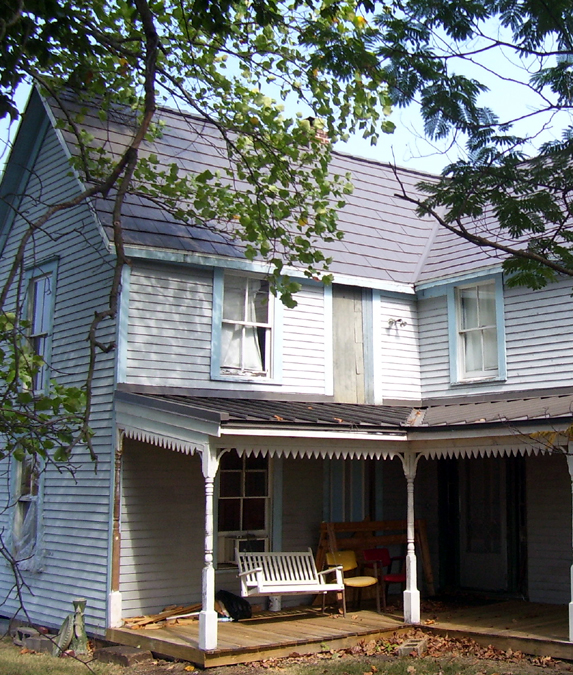 Although the roof was just one step in the restoration of this historic home, it was a crucial first step and one that will protect all the future updates inside the home (work that is going on right now). I’ll add another “after” photo when the home is fully brought back to life!

Considering a metal roof? Have questions? We're here to help. Send us a message and we'll get back to you ASAP!

Learn More About Us